State legislatures in 2015 continued the trend set in recent years of further restricting abortion access. According to the Guttmacher Institute’s 2015 State Policy Review, lawmakers considered 514 provisions related to abortion, 396 of which sought to restrict access to abortion services. Fifty-seven abortion restrictions were enacted by states in 2015.
Types of anti-abortion measures ranged from gestational bans that seek to limit when a woman can access abortion, to ultrasound requirements that impact the experience of a woman who has decided to have an abortion, to attacks on fetal tissue research, which take aim at providers of abortion. 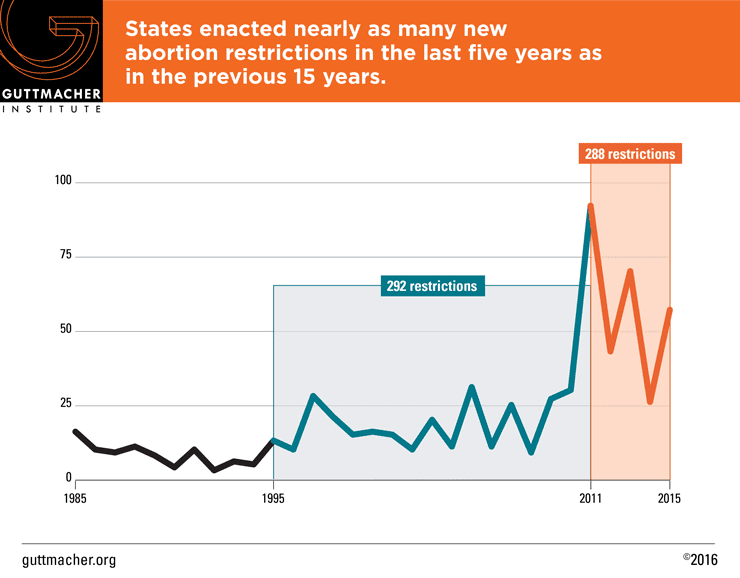