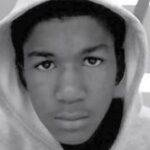 On February 26, 2012, Trayvon Martin, a young African-American teen was fatally shot by a biracial 28-year-old man by the name of George Zimmerman. He was walking to a relative’s house in Sanford, Florida from a convenience store where he bought a can of Arizona Iced Tea and a bag of Skittles. Zimmerman asserted self-defense; he has not been arrested or trialed in court.

Personally, I believe that the Travyon Martin case should receive justice. An African-American teenager should not be targeted as a suspect of any sort because of his race and the fact that he was wearing a hoodie at the time of shooting. Zimmerman claimed that Martin looked suspicious and decided to follow him although he was told not to by the Sanford Police Department. I believe that he disobeyed official orders and should not have followed him nor used his weapon to fire at Trayvon’s chest. After all, Trayvon was unarmed and was not looking for trouble from anyone.

This proves to show that America still is racially motivated. Young Trayvon should have been able to live past 18 but his early departure is not yet put to rest. He deserves justice.

In order to protest the prejudice visible in this case, Americans use the hoodie as a symbol of intolerance. WEAR A HOODIE for young Trayvon Martin!