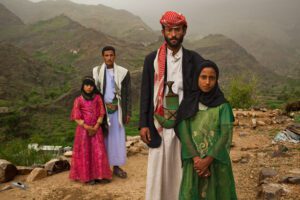 There was a very recent article on Yahoo about child brides and the first legal annulment that took place in India for an 18-year old female, Laxmi Sargara. She was wedded to her potential groom when she was one because her parents relied on financial support from the groom’s family. For her to receive an annulment for the arranged marriage is one of the first, and major steps in reforming the traditional practices that take away the choice, freedom, and happiness of males and females. This article was such a powerful piece to me, especially knowing that the rights of children to choose who they want to wed have been politically acknowledged.

Prior to reading this article, I read another article on the same topic on an issue of the National Geographic magazine. In that article, the author covered many stories of young girls who were wed to men more than twice their age, most likely because of financial reasons as well, but I do not quite remember. And the most memorable part was the last sentence that had a very lasting impact on me. It was about a young girl, around 15 who was rushed to the hospital and later died from internal bleeding. She was forced to have sex with her husband who was two to three times as old as she was. Sargara’s ground-breaking case gives hope that these inhumane practices will eventually be stopped.

In some parts of the country, arranged marriages are a cultural practice and a commenter online for the Yahoo article pointed out his dissatisfaction with the annulment and that what use to be a tradition is slowly eroding. However, there is no reason to respect a tradition when the practices in a tradition do not respect who you are as an individual.