As some of you may know, Mitt Romney is a firm anti-choice candidate. Romney has consistently opposed the Roe vs. Wade court case that legalized abortion. He has said that if he were elected, he wouldn’t look forward to restricting women’s freedom rights. That’s a lie. He supports Congress’s efforts to restrict the rights of females. His campaign is very misleading, and Romney believes the abortion issue is a barrier that would stop him from winning the election if he is so open about restricting female rights and reversing the Roe vs. Wade case. 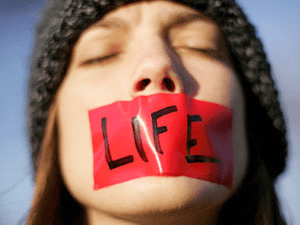 Some of his statements referring to his anti-choice pledge are:

“I support the reversal of Roe vs. Wade, because it is bad law and bad medicine. Roe was a misguided ruling that was a result of a small group of activist federal judges legislating from the bench.

Also, “And as president, I will support efforts to prohibit federal funding for any organization like Planned Parenthood, which primarily performs abortions or offers abortion-related services.”