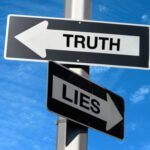 Abortion. People hear it all the time. People see pictures all the time of what happens. Yet, so little of what they hear and see represent the truth. Pictures of dead babies, stories of what happens during an abortion, facts that abortions affect women’s fertility and increases the chance of breast cancer are all lies that are reaching the ears of many people through the help of social media and advertisements created by anti-choice groups. I always knew that lies were being told about the dangers of abortion and how a fetus would look if it was taken out, but I did not think misconceptions would go as far as the claim that the fetuses are crushed to death in the womb during abortions. This came up during a club meeting today and a TORCH discussion last week discussing the facts of abortions. A club member and TORCH peer leaders brought up an incident when they saw images of dead fetuses on Facebook, and how the caption said the fetus was crushed to death. Millions of people probably have the image of crushed fetuses in their minds when they hear about abortions. And it’s not just dead fetuses, it’s pictures of crushed babies because I would assume the fetuses in the picture were created to look like babies to call for more sympathy.

I do not believe people should be told lies just so that anti-choice supporters can get what they want. Women should be told the truth so that they can make their own decisions regarding their own bodies. It’s their bodies. Leave it to them to make the decisions. Telling lies is not leaving them to make their own decisions. Telling such cruel lies is forcing them psychologically not to have abortions. I am disgusted that such pictures are reaching so many people, yet there is not much I can do. The only way to fix the problem is to educate more people about it, yet health class does not cover abortion. They are not required to do so. In fact, it’s hard for schools even to allow abortion workshops. The topic of abortion is so sensitive that people just don’t talk enough about it. But when they do hear something about it and it’s a lie, they would believe in it. What else would they believe? Since so many lies are out there, it is important that we educate those around us so that fewer people are affected by the lies.